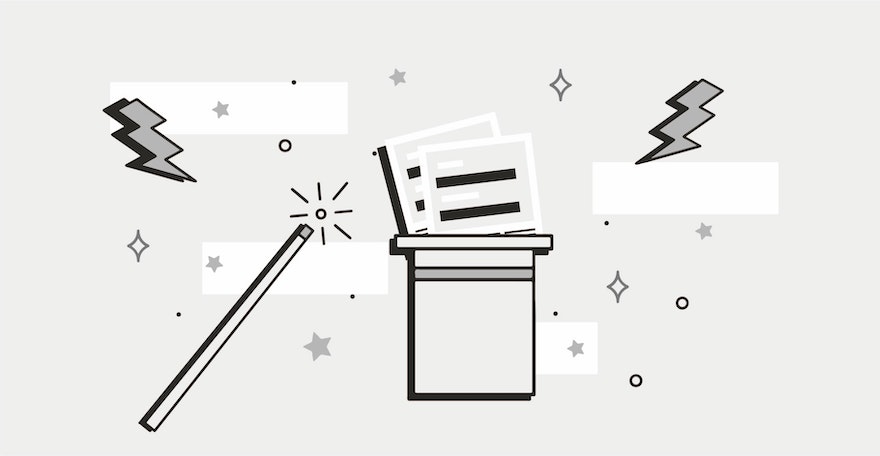 Most of us think of writer’s block as something only novelists suffer from in the throes of churning out their next chunky manuscript. But as seasoned writers ourselves, we can’t stress enough how common this creative ailment is. Anyone who writes blog posts, onsite content or press releases (and even letters to their gran) can suffer from this wretched affliction.

Today, we’ll be outlining a battle plan designed to arm you with the weapons you need to blast writer’s block out of the water and sink it into the murky depths of the abyss. Okay, so that sounds a little dramatic, but the truth is we do have some secret weapons up our sleeve that will help you conquer writer’s block and see you through to victory.

If you’re struggling to get a handle on your writing mission, sometimes it pays to take a step back. Retreating may feel counterintuitive when you’re in the heat of battle, but a break can be all that’s needed.

In this instance, though, we’re not talking about kicking back on the sofa with Netflix, but using your time away from the battlefield constructively - enlisting the help of Lego troops to get your brain into fighting mode.

Getting creative with Lego blocks not only fuels the child inside you, but also stimulates your imagination - especially if you write different words related to your topic, products or services on the blocks. This could include details of audience personas, USPs, content themes or anything related to your niche.

You can then build your idea fortress with these word blocks to find different connections and access a range of new perspectives to overcome that pesky writer’s block.

The human brain is a complex organ and this complexity can often cause us to overthink things, which affects our mood and creativity. The result is the inability to launch a successful strike on the project in question - writing, in this instance.

Pulling back to safe ground is one option, but there’s also an argument for engaging your enemy head-on - launching an attack of words that breaks down their defences. Forcing yourself to push ahead in the face of adversity and write through your writer's block can be an effective strategy to get round that impenetrable road block.

The beauty of this tactic is that you don’t even need to write about your target topic. Simply sit yourself down and write the first thing that comes into your head, letting your stream of consciousness obliterate the enemy word by word.

There are always going to be times during battle when you just need a break to regroup with a new plan of attack - and the same principle applies to getting one up on writer’s block. Whether it’s a blinking cursor that feels like gunfire or your Commander In Chief chucking deadline grenades your way, often the best strategy in war is to walk away and take cover.

We don’t literally mean hide away under the duvet (although if that works for you, we’re not here to judge), but rather take yourself physically out of the firing line.

From a short recon mission to the park to taking shelter in a good book or diving into a meditation bunker, find a new focus for a short period of time. You’ll then be ready to head back into battle feeling recharged and refreshed, with your content target well and truly in your sights.

Hand-to-hand combat on the battlefield isn’t the only way you can wage war on writer’s block - launching a pre-emptive strike could be equally as effective. If you’re struggling to sustain creativity and momentum with your content creation, outsmart the enemy by planning content ahead of time.

Of course, you can’t plan everything in advance, but take the time to devise an editorial plan for the next 6-12 months. This could mean that half the battle is won when you come to write, as the groundwork for idea generation is already in place. Simply use it as a foundation to build on, which can be embellished when you come to write content further down the line.

Using forward planning to your advantage, allocate time beforehand to scope out the landscape and identify key topics and areas to attack. This can even go as far as detailing targeted keywords or identifying valuable resources, if you’re a soldier who thrives on attention to detail.

No, we’re not talking about your Lego friends this time - but rather your fellow comrades in arms. Many content marketers choose to work alone, but this can be limiting when you come up against a formidable enemy like writer’s block.

Rather than surrendering yourself as a hostage and suffering in silence, enlist the help of colleagues, clients and even your friends and family. With a collective approach to brainstorming ideas, you’ll gain new perspectives you may not have even thought of.

To quote Steve Jobs, “Great things in business are never done by one person. They’re done by a team of people.” Whether you’re investigating new content strategies or need to chopper in urgent assistance for a piece you’re currently struggling with, never underestimate the value that input from others can bring to the table.

Are you ready to wage war on writer’s block? Well, with these secret weapons in your arsenal, you should have plenty of tactics to unleash hell on this intimidating foe.

Of course, if you’re still feeling under fire or don’t have the time to apply these strategies yourself, let Paragraft help. With a team of veteran content writers, we can be your boots on the ground - taking your content to the frontline and winning the war against writer’s block under your command.