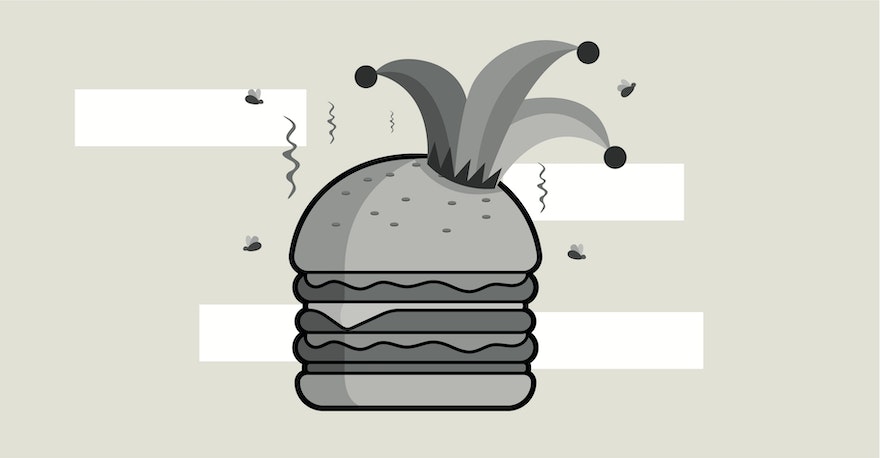 What do you think of when you hear the words Burger King?

A tasty bite at the train station on a long journey home? An indulgent way to embrace a well-deserved cheat day? Scrumptious salvation for hungover Saturdays?

One thing’s for sure - you certainly didn’t answer ‘content marketing lessons’.

But recently, the fast-food giant made a ‘whopper’ of a social media mishap that left them looking more like jesters than kings.

For those out of the loop, here’s how the Burger King social media team decided to commemorate this month’s International Women’s Day:

You don’t have to be a social media guru to know when a brand has missed the mark - in this case, it’s clear for all to see!

Today, we’re delving deeper into the thinking behind this tweet to better understand why it missed the mark and, as a result, what lessons we can learn from it.

Good content is content that is tailor-made for the platform for which it is destined. It embraces the demands and restrictions of the platform and how that translates to the structure and presentation of the content itself.

It also reflects how users engage with content on the platform in question.

For example, you wouldn’t write a blog post the same way you’d write a newsletter email. Why? Because you understand that your readers engage with different content formats in different ways. In this instance, readers would be more inclined to skim an email - meaning you’d adapt your content to be more visually focused, succinct and attention-grabbing.

Returning to the Burger King tweet, then, how did this poor ol’ social media intern misunderstand their chosen platform: Twitter?

Well, what they tried to do here is utilise controversy (more on that later) to spark the initial engagement - in this case, clicking through to the tweet.

Upon doing this, users would see the rest of the thread - including a follow-up from Burger King contextualising the initial tweet as part of the brand’s new initiative to increase the number of female head chefs in their ranks.

So, where did it all go wrong?

Burger King failed to grasp how their content would be presented to users. Unless users followed the account, the follow-up tweet wasn’t displayed on users’ feeds. So, instead, thousands of Twitter users were met with a tweet on their feed that simply read ‘women belong in the kitchen’ - yikes.

Of course, this problem was only exacerbated by the thousands of retweets and quote tweets of the initial post - all without that all-important context. This is the internet we’re talking about, after all.

Always think about how your content will be presented and how users will engage with it.

You’d be forgiven for assuming there was no strategy involved in this tweet. After all, if there was, how did it go so wrong?

What Burger King tried to do here is utilise controversy as a means of driving engagement.

When done correctly, this can be an incredibly powerful approach to content marketing. When done incorrectly, well… ask Burger King!

The strategy behind this tweet was simple: make a controversial statement out of context, which serves to stop users from scrolling and encourage them to engage by clicking through to the tweet. Simple enough.

But controversy is a dangerous game.

Controversy in content should be carefully utilised to spark discussions in a way that benefits both your brand and its customers. Successful controversial content often takes three primary forms: disproving a common assumption, exploring taboo and stirring up debate.

When playing with controversy in your content, you should always ensure:

In short? Controversy for the sake of controversy doesn’t work.

If the sole purpose of using this technique is to spark initial engagement, this is misguided. Controversial content should always have an overarching goal, or else you risk straying into the realms of emotional clickbait. This is a tactic commonly used by the gutter press.

Ultimately, the success of controversial content is dependent on the audience it’s written for. This makes properly understanding your audience absolutely crucial.

To fully understand how your audience will respond to the content you produce, ask yourself:

Doing this will enable you to better understand user behaviours, habits and preferences. Did Burger King do this before hitting that tweet button? Perhaps not.

Burger King’s social feeds are aimed at millennials and Gen Zers, who demand a dynamic social media presence from major brands. This demographic tends to be progressive in their ideology and often uses social media as a means of exploration and education around these ideas.

You only had to look at the hashtag #InternationalWomensDay - trending worldwide throughout the day - to understand that users were not only incredibly passionate about the cause, but also looking to use Twitter as a means of open discussion around the topic.

Burger King’s incredibly misjudged tweet missed the mark entirely by failing to understand the emotional connection many users had to the topic in question. They also failed to understand the context in which they were tweeting.

The initiative itself is naturally very popular, and would likely have received plenty of positive engagement as a tweet in its own right. This only further emphasises just how wrong Burger King got this one.

Controversial content has a time and a place - and this tweet was very much in the wrong place at the wrong time.

Misjudged content can cause serious damage to your brand, weakening your reputation and losing you valuable members of your customer community. To make sure your content always hits the mark, leave it to the experts. Get in touch to learn how Paragraft can help today.